The rate at which technology has developed over the last ten, thirty, fifty years has been nothing short of astounding. Much has happened since the days when a 9-inch color television was enough to invite over the whole neighborhood. The days when phonelines were our only means of home or business connectivity. The days when even the most basic personal computer was a behemoth, requiring two or three grown men to offload it from a truck into a home or office. 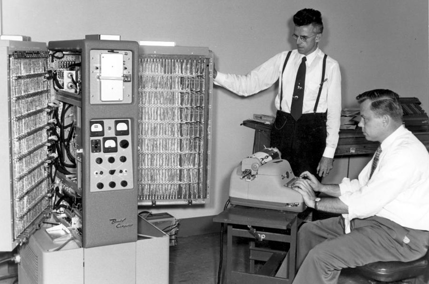 These days, technology has come so far along that the computers may soon be the ones unloading the trucks. And in fact, the industry has already witnessed road tests of self-driving cargo trucks hauling freight across the country. And while this sort of wide-eyed futuristic technology often seem to be perpetually relegated to a testing phase, we are absolutely seeing Jetsons-esque technology begin to slip into reality. And more importantly, we're seeing subtle, effective technologies that not even works of fiction could have predicted.

Innovation in the logistics industry in particular has been stellar. Shipping and tracking have become computerized and automated. Warehouse Management Systems (WMS) and Transportation Management Systems (TMS) have simplified the entire process by allowing you to digitally organize inventory data, monitor inbounds and outbounds, oversee the course of transit, and streamline the billing process. These sorts of subtle logistics technology advancements may not be as glamorous as Marty McFly's self-lacing Nikes, but they're vitally beneficial to our lives to an exponentially greater degree.

Now, the hangup many decision-makers seem to have with implementing recent technologies often stems from a concern for the immediate present. The cost and installation of new infrastructure can seem obstructive to the day-to-day of an operation that already has a lot on its plate. Many minds in these situations have a tendency to fall back on "If it ain't broke, don't fix it." But that really isn't always the wisest of viewpoints. One must consider the seen versus the unseen. You have the customers you have, but what about the customers you don't have? A staunch unwillingness to adapt can mean the steady erosion of one's prospects. It's valuable to keep in mind that not all crises occur in a single moment. More often, a crisis is the culmination of reluctance and neglect over long stretches of time. If one expects to edge out the competition, one must have the foresight to recognize, observe, evaluate, and react to advancements in the industry as they are rolling out. 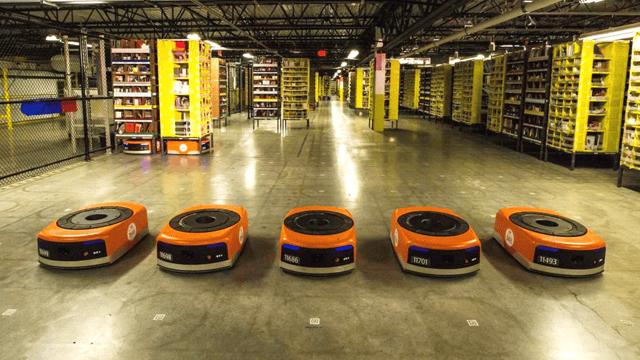 So, when exactly is the right time to invest in new supply chain technologies? Well, there is no simple answer. Much like when somebody is looking to buy an iPhone, there is this uncertain certainty that a newer model is always right around the corner. But if one perpetually suspends oneself in that thought, depriving oneself of that technology altogether, so much time will have been spent waiting around without yielding any benefits. If time is money, then one must consider the potential value in forging ahead now rather than later.

That said, time and money are indeed pressing factors. One schedule-conscious and budget-balanced recommendation might be to schedule group meetings just once every two months dedicated specifically to evaluating the current state of the operation and prioritizing which technological adjustments or upgrades could be the most conducive to positive workflow. Write down every suggestion put forth, and create a ranked list. If, say, a WMS upgrade is ranked #1 on your list, then the team should reconvene the next meeting and discuss a researched selection of improved WMS solutions. Focusing squarely on one verdict for one singular aspect of your operation enables a group to reach a tangible conclusion rather than juggle several hypotheticals indefinitely. 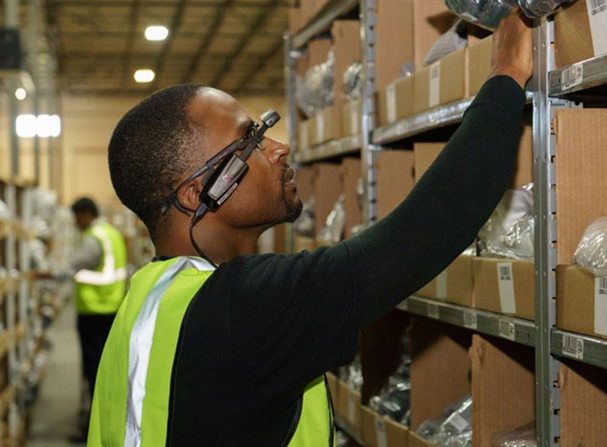 Picking an order, assisted by an AR Scanning Headset

No matter your method, the idea is to think very critically about your current operation and consider areas in which the cost on new technology is most likely be returned. Whether those returns amount to long-term operational savings, improved employee morale, or heightened customer interest, no potential benefit should be disregarded just because it doesn’t seem urgent today. An innovative business lives for tomorrow. This is no less true when it comes to logistic innovations. Don’t be the Blockbuster to your competitor’s Netflix. There is no titan that cannot be toppled. Stay on your toes and take calculated risks that position your company as a leader rather than a follower in your industry. Following too far behind may suddenly leave one in the dust.

Our Expertise,    Your Solution

We at Dynamic are very passionate about logistics. We appreciate your interest in our expertise. If you'd like to further explore the services we offer, or reach out to us for a quote, our staff looks forward to your request...